Your details will be kept securely + no spam, I promise.
You are here: Home / Family health / A force to be reckoned with

One of the key principles underpinning naturopathic practice is that of vital force. Vitality. Life force. The energy within us that powers life, propels us forward, maintains health, fights illness and facilitates healing. AKA… Qi. Prana. Blood. Breath. Life.

I had a wonderful (in retrospect) example of the vital force at work this weekend, when my ordinarily robust toddler succumbed to a brief but dramatic gastric bug. She went to bed fine. Woke in the middle of the night crying and projectile vomiting, until there was nothing left for her to bring up and she was just retching bile. Heartbreaking. All until just before dawn, when she sipped some water, kept it down, fell into a deep sleep for an hour and then woke hungry and thirsty. If tired and worn out. And, by the afternoon, she was herself again.

Isn’t that so often the way with young children? They catch a bug and, in what seems like the blink of an eye, their body mounts a dramatic defensive response, often manifesting as fever and/or purging (vomiting, diarrhoea). Dramatic, relentless symptoms make the situation look grim – causing parents to angst, go grey[er], google wildly, etc. BUT. All of a sudden, at an equally swift pace, a recovery starts to take place. Symptoms subside. The little one begins to bounce back. As if they were never sick at all! (If only their parents were afforded the same luxury!)

Except in cases of serious illness, the way that infants and children react to an infection is the perfect example of the vital force at work. Their little bodies respond swiftly and effectively in order to eradicate a threat and restore health. Boom. 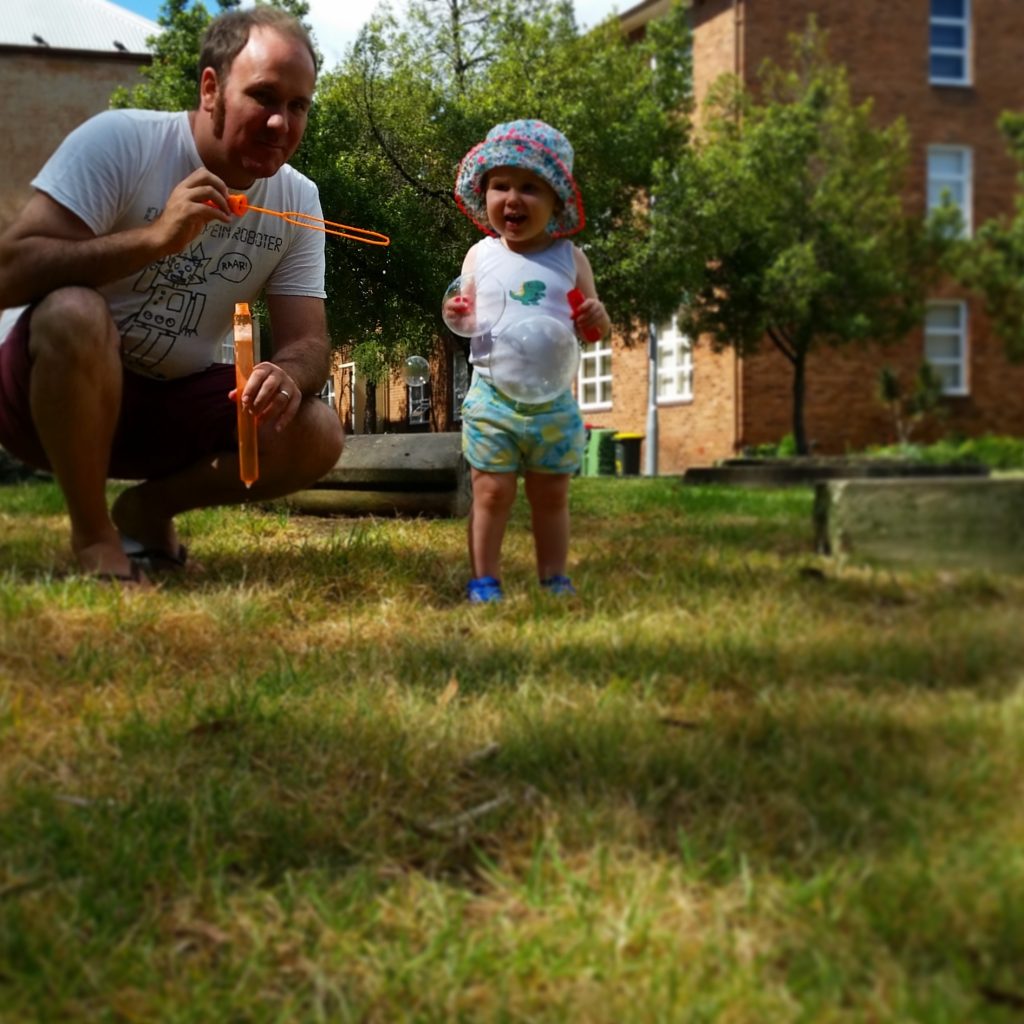 Can you believe that only hours before taking this photo, Molly had been lying, glassy eyed and wretched, on a nest of towels (the last of our clean linen, after a long spewy night). While we watched over her, rubbing her little back, giving tiny sips of water and waiting for the worst to pass. And then here she is: running, blowing bubbles and happy as a clam in the local park. Kids!

Have you had similar experiences? Heard of vitalism before now?