Update: baby, travel and a spot of work

So… it would seem I underestimated how consuming a new baby is, particularly when combined with recovery from surgery and a stint of family-related travel. It’s been a busy 8 weeks!

As a result, I’ve been largely absent from this blog and most social media. I roll my eyes at late-pregnancy-me, writing myself to do lists for when the baby slept. Yeah, right. That has resulted in not much more than a jumble of half-written posts and unfinished articles! Sorry if you’ve missed me, but I’m on my way back. I’m just now hitting my stride again and finding time to sit and write. Along with other important things like exercise, proper cooking… and showering haha!

Our little baby is becoming increasingly less little, as she packs on the chubby rolls and makes our hearts explode love bombs with her gummy grins and cooing conversations. She breastfeeds like a dream (a hungry dream!) and is thriving.

Molly’s health has been great, except for early in the piece, when  she developed colicky symptoms: screaming in pain, with her little stomach tight like a drum. It was awful! Especially since it teamed up with nasty nappy rash. Her poor little red bum! Both were related to antibiotics I was taking, for an infection that developed from my cesarean (ouch!) This meant that, happily, Mol’s symptoms subsided soon after I completed the course. I also took probiotics and digestive herbs – both tincture and tea – to help her symptoms (she benefited via my breastmilk*). And we gave her warm baths, belly rubs and nappy-free time in the sun… and still do, which she loves – can’t blame her, who doesn’t enjoy a spot of nudity?!

This kid loves it 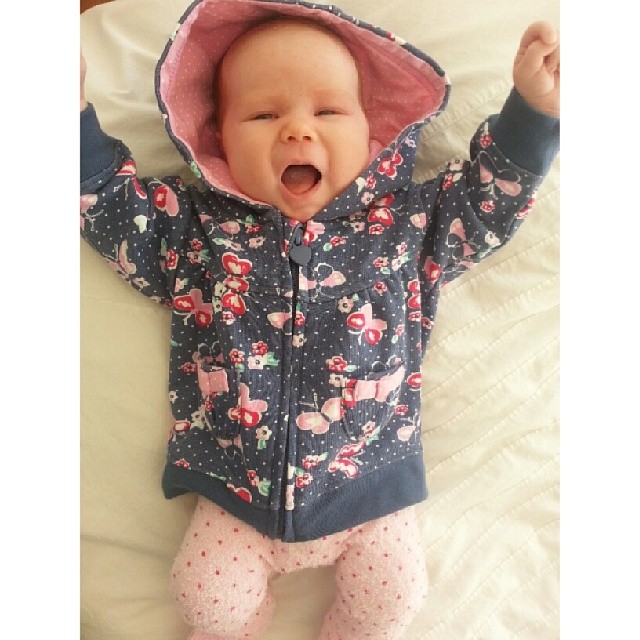 I wouldn’t call Molly an easygoing baby (she is MY daughter after all), as she requires a lot of attention and doesn’t enjoy being put down, particularly during the day. Luckily I have an abundance of love and attention to give her! Plus, I can just pop her in the Ergo or our homemade Hugabub when she’s fretting – that way she feels close,  but I still have my hands free -> win / win!

As I shared at the start of the year, while I’m on maternity leave we’re temporarily relocating to Boston. All of a sudden our departure date has rolled around, and we head off next week. Egad! Can I just say, packing up a house with a new baby is no mean feat… but we’re getting there.

Although we’ll be based in Boston, we’re taking advantage of any and all travel opportunities that present themselves while in the Northern Hemisphere, particularly while Molly’s so portable. To begin with, we’re flying into Seattle and have three weeks before Jon starts work to drive ourselves across to the East coast, Griswold family holiday style 🙂 Then in September, Molly and I will be making a short trip to Italy for my oldest and best friend’s wedding, where I’m a bridesmaid and the baby’s my date. There are some plans to cross the border into Canada once or twice, as well as short trips in and around the Boston area. Also, New York. 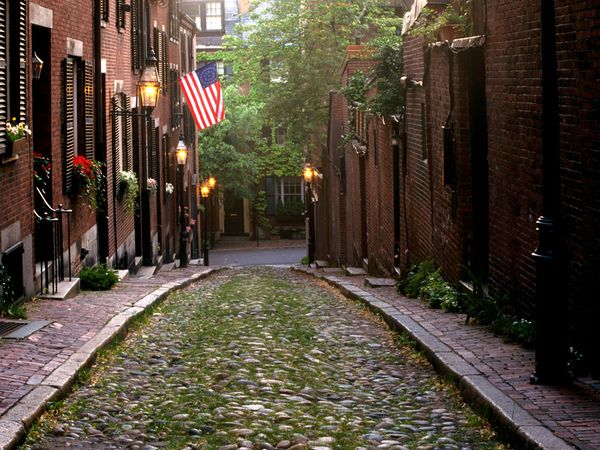 While we’re in the States, my main job is and will be wrangling Molly. However, I’ll also be doing some health work and study during our stay. I’m still nutting out some details, but at the moment it looks like this will include spending time at a women’s health centre in Boston and, later in the year, joining in with a global health course in Nicaragua! What. Shut up. I KNOW. Even better, with both opportunities, I can strap the baby on my back and take her with me. Score!

Although she’ll be too small to remember this trip, and all of the adventures therein, I like to think that we’re starting early with Molly on the value of experiences not things. Maybe. She might read this when she’s fourteen and roll her eyes at me. Probably.

So that’s where I’m at and that’s what we’ve got coming up. Pretty exciting! Am feeling pretty friggin grateful! I have the intention to write and post more regularly from now, including while we travel, but I’m also taking a lesson from the last couple of months and won’t be disheartened if  I don’t. Let’s wait see.

* Probiotics and some herbal medicines can be given to babies, even very young ones like my daughter. However, it’s important to speak to a qualified health practitioner about appropriate dosing before doing so.